OBJECTIVES: To examine the association between the local food environment and the severity of food insecurity among new families using community food security interventions in Montreal.

METHODS: In this cross-sectional study, we analyzed baseline data from 785 adults aged 18–65 years enrolled in the evaluation of the effects of organizations delivering community food security interventions in Montreal. The dependent variable was household food insecurity, while the independent variable was the local food environment, assessed through: location of the most frequently used grocery store, distance between the participant’s residence and the community organization used, mode of transportation, walking time to the most frequently used grocery store, satisfaction with the acceptability and affordability of food available at the most frequently used grocery store, and self-reported difficulties in accessing food. We used polytomous logistic regression to estimate the association between household food insecurity and the local food environment. In all the models, we coded food security status in three categories: food security, moderate food insecurity and severe food insecurity. The last group was used as a reference group. 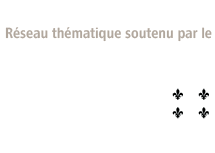